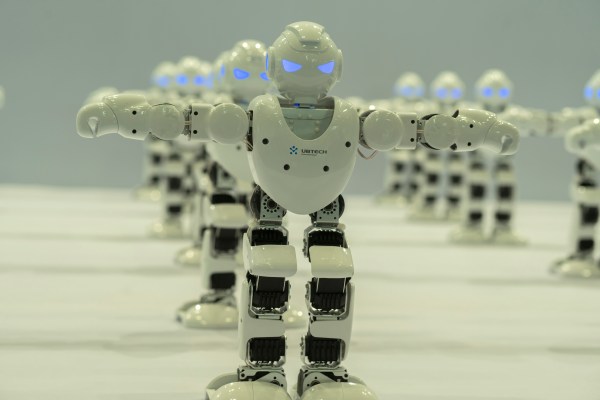 In a fascinating study by researchers at Cardiff University and MIT, we learn that robots can develop prejudices when working together. The robots, which ran inside a teamwork simulator, expressed prejudice against other robots not on their team. In short, write the researchers, “groups of autonomous machines could demonstrate prejudice by simply identifying, copying and learning this behavior from one another.”

The researchers found the prejudice was easy to grow in the simulator, a fact that should give us pause as we give robots more autonomy.

“Our simulations show that prejudice is a powerful force of nature and through evolution, it can easily become incentivised in virtual populations, to the detriment of wider connectivity with others. Protection from prejudicial groups can inadvertently lead to individuals forming further prejudicial groups, resulting in a fractured population. Such widespread prejudice is hard to reverse,” said Cardiff University Professor Roger Whitaker. “It is feasible that autonomous machines with the ability to identify with discrimination and copy others could in future be susceptible to prejudicial phenomena that we see in the human population.”

Interestingly, prejudice fell when there were “more distinct subpopulations being present within a population,” an important consideration in human prejudice as well.

“With a greater number of subpopulations, alliances of non-prejudicial groups can cooperate without being exploited. This also diminishes their status as a minority, reducing the susceptibility to prejudice taking hold. However, this also requires circumstances where agents have a higher disposition towards interacting outside of their group,” Professor Whitaker said.